Redhawks Soar through the Football Season 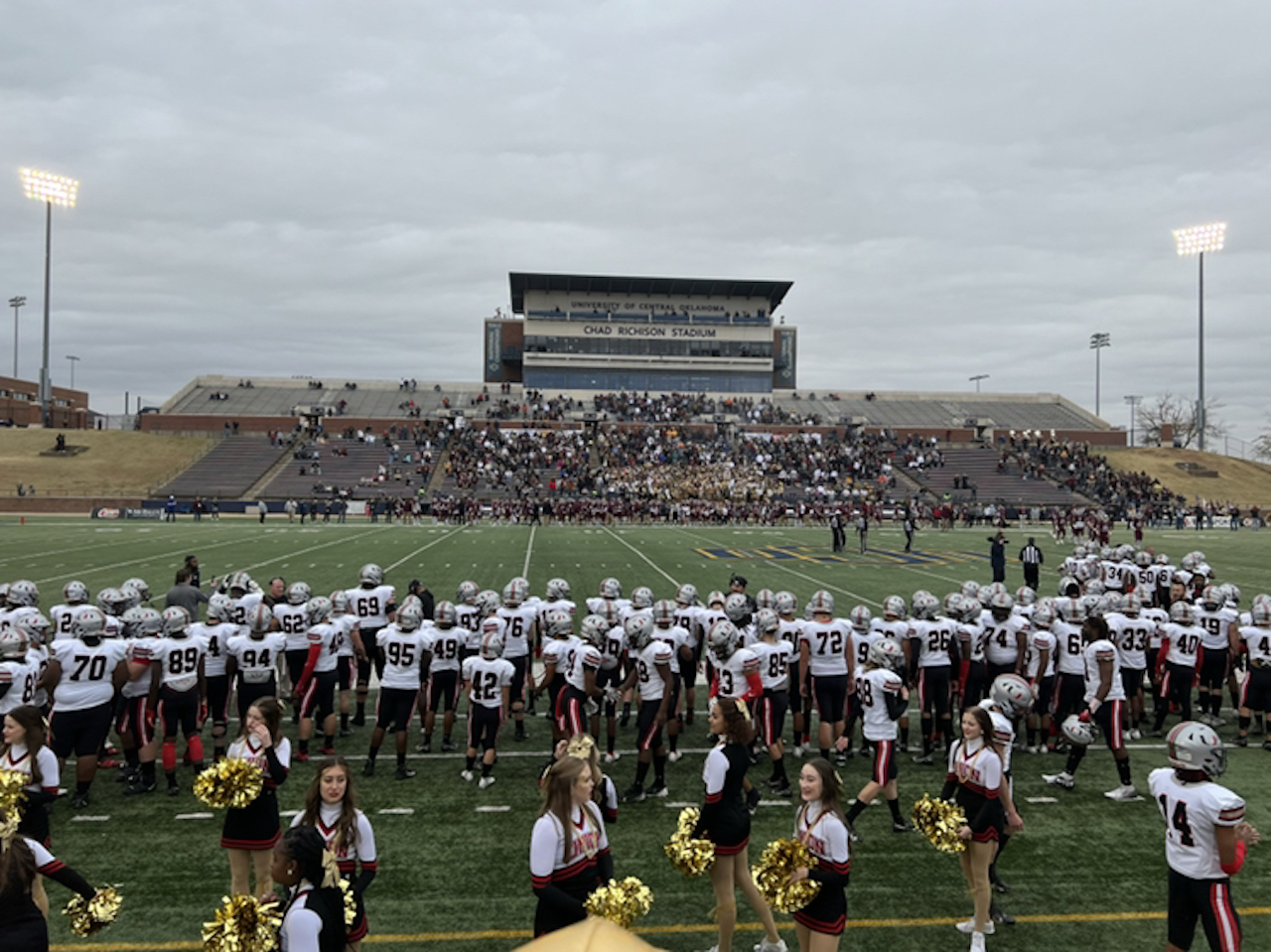 As the clock began to count down, quarterback Rovaughn Banks launched the football to wide receiver Makhai Belt. Belt carried the ball eighty yards to the endzone, gaining a touchdown in the first twelve seconds of the game. The stands filled with the roar of Redhawk students, parents, and fans jumping and cheering in complete awe.

Although Union came up short at the 6A-I State Football Championship at UCO, the first quarter of the game delivered an unforgettable experience, with Union obtaining a 15-0 lead. Sent off by peers, parents, and the spirit squads, the football team received endless support from the Union family. Fans, decked out in gold, cheered loudly and proudly for their team throughout the game. Since it was the first time in four years that Union made it to the state championship, the crowd’s excitement was evident. The Union offense scored two touchdowns in the first quarter with a two-point conversion. However, by the third quarter, the Jenks Trojans took the lead by making a few interceptions and scoring several touchdowns.

Union fans may not have received the ideal outcome in Edmond, but the 2021 football season did not disappoint. Union’s team ended the season with an impressive 11-2 record and finished 2nd best in the state. While the football season has ended, basketball season has just begun. Let’s continue to show our support for Union sports and cheer on the Redhawks girls’ and boys’ basketball teams this winter.